the poles are coming : international residency

The Poles Are Coming \ Tomorrow’s Past

Habait Theatre is running a year-long residency program intended to examine cultural differences through practical work. Our vision is to locate inspiring artists from across the globe and bring them to work at the Theatre, where they will work with an Israeli team to create a piece that will be shown both at our theater and in the artists' countries of origin.

On the first year of this activity we visited Poland and so: "the Poles are coming."

The artists are Magda Szpecht and Szymon Adamczak, a pair of collaborative directors from Poland, whose works places them at the forefront of Poland's young, contemporary art.

The question that interested us at the Theatre was: What can be done to break the barrier of language that limits and circumscribes much of Israel's theatrical stage productions? How can we cultivate intercultural coproductions that will lead to original international works of art – performing here at home of course, but also touring around the world (we hope)?

The theme we asked the Polish artists to address was "Tomorrow's Past." In response, the pair created the work "Staging the Obvious." Here are their comments:

For the Habait Theatre in Tel Aviv in the frame of the polish-israeli project entitled TOMORROW’S PAST we would like to present a performance proposal. Through residency held in Habait we intend to collaborate with local actors, performers and visual artists in order to devise a theatrical work called STAGING THE OBVIOUS.

Both cultures share not only a 1000 years of joint history but also a history of foreign forces of conquest and demolition, and a revival as modern, open and vibrant nations. The two societies share also a mutual trauma that still shapes their identity, and the way the two societies interact.

Polish-Israeli collaboration with the theme TOMORROW’S  PAST - led by and created for the future generation of theatre makers is dedicated for asking questions about history and its disappearance or re-appearance, about intergenerational tensions and lessons and about our political, social, and cultural prophecies. Although the two societies are very different, we recognize many similarities in the political, economical and cultural challenges that both face in currant days. We believe that the younger generation deals differently with ideas of memory and identity in the global era of today. With performance STAGING THE OBVIOUS we would like this precious exchange to be enriching and building new and fresh bridges between young generations of artists and audiences from both of the countries, in a manner that does not ignore the past, but also open to a new creation, especially minding anniversaries of 100 years of independence and 70 years of establishing state of Israel.

In an artistic process we are going to focus on two overarching ideas. First is to expand theatre as a space of freedom whereas in society we sense it rather shrinks and limitates. Freedom here is understood also as ability to express different sensibilities, those of right diagnoses but wrong conclusions from them, which, a bit detached from reality, can be joyful too. In this manner we would like to think and work on negativity and stupidity as philosophical concepts underlying contemporary society.  Stupidity is very powerful: being stupid can make you feel vulnerable but while calling others stupid you may end up being despitiful. Stupidity for some is also just other coin of wisdom, a necessary one for other to happen.

Second area of research is going to be an exploration of what we can identify as „useless superpowers”, which are as well connected to „the limits of reason”. What are those, then? Useless superpowers are those unproductive, not sellable, little, funny, weird, trivial things we do and master in our life so we do them as no one else can. Uselessness becomes an act of resistance towards harsh reality of late capitalism outside, leads to more sustainable and lived way of operating in the world. Definitely, we are going to dive into publications of Jonathan Crary, whose notion of sleepless time in the 24/7 rhythm and Avital Ronnen’s exploration of fading empire of cognition interests us regarding the ever-relevant question of the social roll of art in society.

Other questions for the future performance are connected to the proposed title: in theatre there is always something else present, something we all know, so it does not need to be seen anymore, we agree to see something else instead.  It is the essence of theatre but as well by understanding that the lack of critical thinking in contemporary society makes us think that idea of agreeing to something else, agreeing to an illusion is also a common experience in daily life. Usually we rather prefer to see what pleases us and what we want to see instead of realizing what is it that we actually see in front of us. These thoughts may lead to highly creative process of exploration of „the obvious” within theatrical situation and through research in studio.

Concerning the artistic vision behind STAGING THE OBVIOUS: we are going to work collaboratively with actors and performers, exploring their personal stories as well as stories of other people, supposedly locals which we find through field research in the district of Jaffa. In our work we are going to start from documentary approach and then implement fictional and found material into it. While divising the final production, we are going to use different methods of story-telling and movement practices which eventually can lead to complex, vibrating theatrical show connected to the place it was born into as well as interesting for broader audiences through humor and authenticity carried by participating cast. 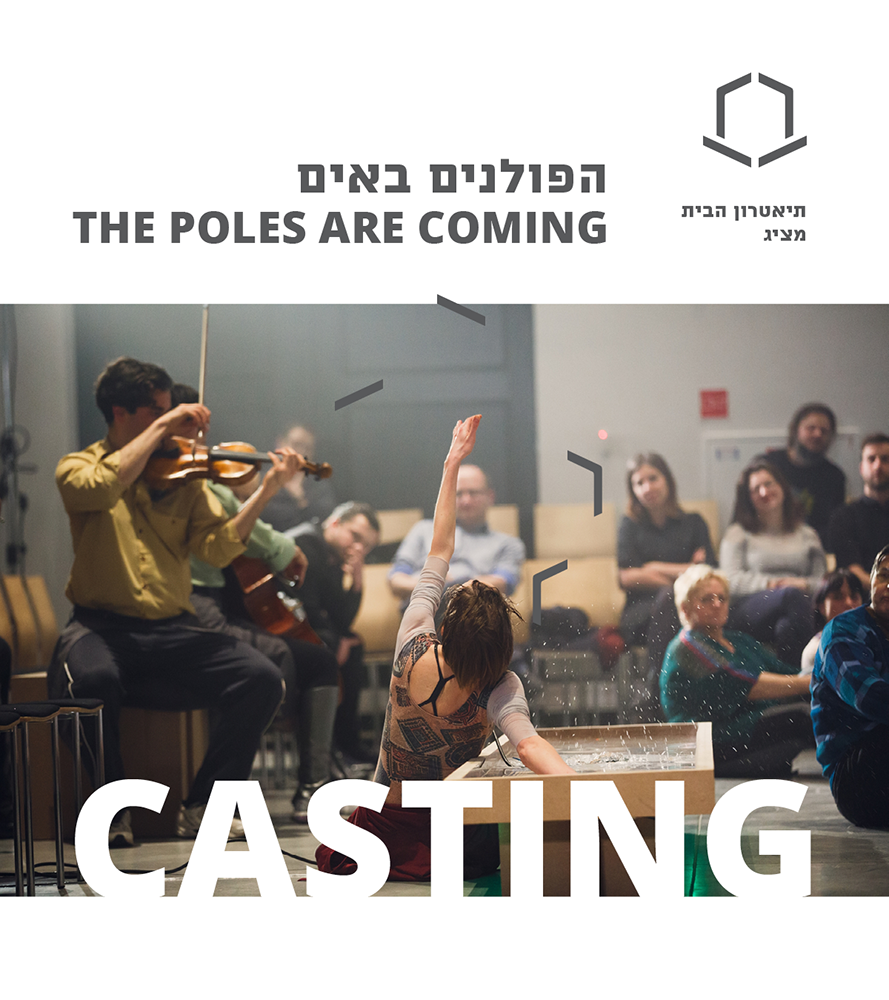